We have a last minute reminder to all GTA 5 players on PS3 and Xbox 360 that the deadline is almost up to transfer your characters to the next-gen PS4 and Xbox One versions of the game.

Rockstar and Sony have been busy on social media sending out this important message as after the date has passed you won’t be able to bring your character over should you upgrade to the PS4 or Xbox One at a later date this year.

The important deadline to take note of now is March 6, 2017. That is just days away so you don’t have long to take action and get this completed. 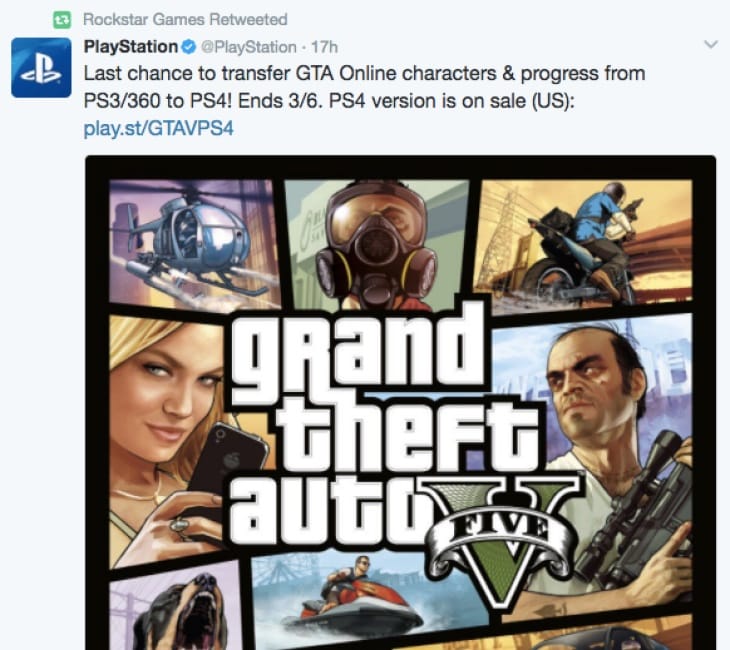 Rockstar states that you can only do this once, so if you have multiple characters you can contact Rockstar to see if they can help with your case here if you submit a request.

Have you transferred recently? Let us know how the process went to help players who are about to get started with the GTA Online character migration this week.