It’s time to take a look at two new vehicles that are on the way to GTA Online next week. We hope you have tons of Heists money locked away in your safe as Rockstar are inevitably going to charge a high premium for the gold GTA Online Buckingham Luxor Deluxe and the Swift deluxe prices in GTA Online.

This helicopter and plane are going to be available in gold variants and they both look absolutely amazing. Rockstar has given players a preview of what to expect, by releasing two images showing their new gold color as part of the Ill Gotten Gains DLC update for GTA Online.

The big question that players are asking, is how much will the Buckingham Luxor Deluxe be in GTA Online. Considering that Elitas Travel currently sells the standard Luxor for $1,625,000, we have a feeling that the gold version could be around $2,000,000 on GTA Online. 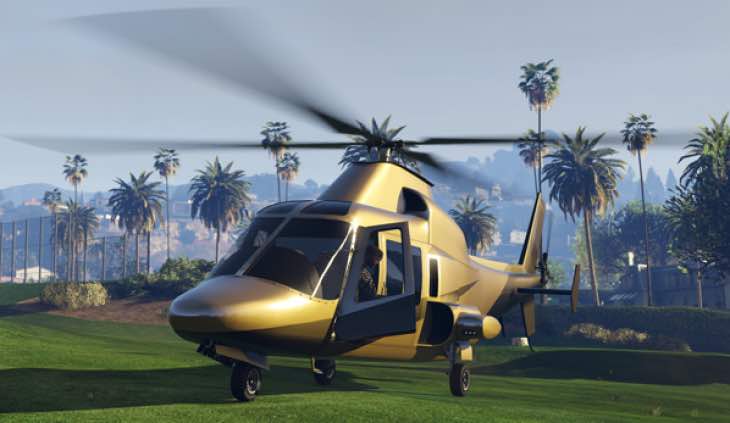 We’re just guessing though, as there has been no prior leaks as of yet on the prices – we highly doubt that they will remain at the same price as Rockstar will want players to spend their new Heists money on them.

Hopefully these two air vehicles will be available on Tuesday once the new GTA update arrives. For now, give us your thoughts on both and if you think you have enough money to buy the gold versions.

How much do you think each will cost?