Recently have been looking a at games being mixed together such as Lego and Call of Duty: Black Ops and whilst browsing away I came across a very interesting fan video that I think would work pretty well. 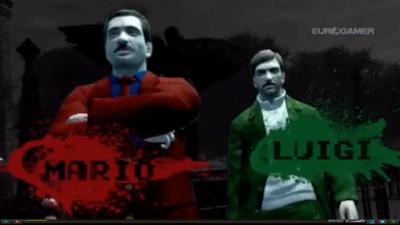 The video shown over at Eurogamer.com would appeal to 2 different audiences and they are ones that you would probably never put together… the ever popular Grand Theft Auto and the world that is Super Mario Bros. GTA has always been a hit, I remember the old games on the PlayStation 1, the birds eye view and running around shooting vehicles and people, how much has that series come on? You can now view the video at the bottom of our article.

The Super Mario Brothers aren’t doing so bad either especially with the success of Mario Kart on the Nintendo Wii, easily the most addictive game I have played from the Mario Bros series. Again going back to my childhood I remember sitting for hours with friends playing the battle mode and racing against each other.

Well now these two brands have come together in one of the best fan videos I have ever seen, I especially liked the line “Toss me some shells”. 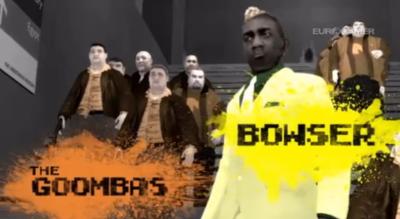 What do you think of the video, could you ever see the pair working together to produce something as genius as this? Let us know your thoughts in the comments below.