We have a last minute reminder that we are almost ready for the Sabre Turbo release time for GTA Online. It’s already in the game files of course, but Rockstar recently revealed that it will be available for everyone ‘officially’ as of Tuesday April 19.

We say official, as there are certain players who already have this new car in GTA 5 right now. We know this as there are various videos circulating on YouTube showing early GTA 5 Declasse Sabre Turbo gameplay – we’ve added one below the article as evidence.

While it’s obviously frustrating that GTA 5 modders on PC are creating their own methods of accessing official content early, at least you don’t have long to wait yourself to get it. 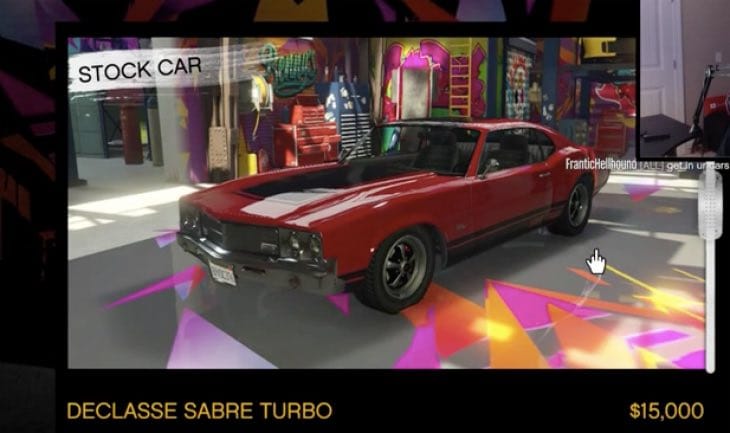 If Rockstar sticks to their usual method of Tuesday updates, then the Sabre Turbo should be out sometime in the morning, UK time. We’ve seen Rockstar go live with new content from 10am onwards, so this is a good time to start looking for the new car.

When it is available, you should see it live at Benny’s Original Motor Works with the GTA 5 Sabre Turbo price set at $15,000 – should be good news for those just starting the game and have limited funds.

Are you excited about this car and think that PC players who are hacking the game who unlock content early should be banned?