We have some more rumors to share with you now, on the next GTA 5 DLC update that is on the way. This should be the GTA Online 1.32 update or the GTA 5 1.16 update on PS4 and Xbox One specifically.

We have already talked about the GTA 5 Casino possibly coming next with this update, but there’s also suggestions that the next update could be offering a GTA 5 Online Lowriders Part 2 DLC release date as well.

Lowriders was initially launched in October last year and was a big hit with players. It introduced Benny’s Original Motor Works to the game, along with classic cars such as the Vapid Chino and popular weapons such as the Machete.

Part 2 has been rumored for a long time and we are assuming that new cars and weapons will be coming. We can only guess that Rockstar is still putting the final touches to the content hence why we haven’t had official confirmation yet. 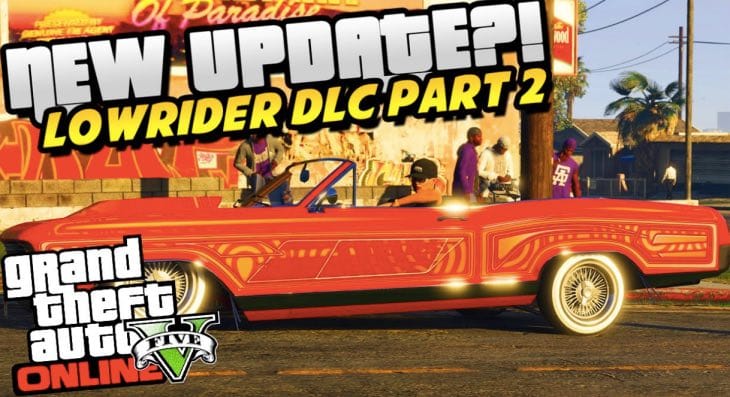 Valentine’s Day is coming up soon too so players will be expecting content for that keeping Rockstar very busy. Remember that all of these content drops have been absolutely free, so you can’t deny that Rockstar are not providing a good service – especially with other publishers dropping micro-transactions like there’s no tomorrow.

GTA V Lowriders DLC Part 2 is already in the code so it should be coming sooner rather than later. We’ve added a video below which offers some nice discussion on this content so watch it and then give us your own thoughts below.

Are you happy to get Part 2 for Lowriders, or are you expecting something else?