It’s amazing to see that GTA V Online is still one of the most played online console games at this current date, years after launch with the game continuing to appear on most played charts week on week.

Now, we can see that Rockstar is still keeping the free content going and now players are very excited for the upcoming GTA Online Batmobile release date – a new car which will be called the Vigilante in game.

Looking at the design though, it’s no secret that this is a carbon copy of the iconic Batmobile and it looks to us that it has been modelled from the first Batman movie made famous by Michael Keaton of course. 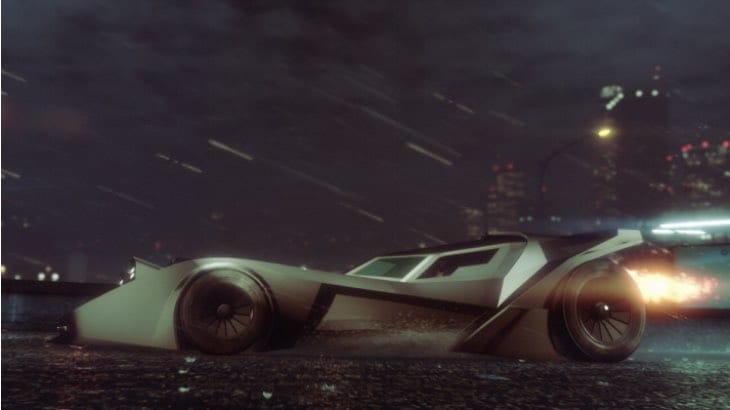 The Vigilante will be part of the GTA Online Transform Races DLC which Rockstar says is coming next as a major content update – we predict before the end of October and in time for Halloween!

The screenshot you see above is an official tease from Rockstar, while there will also be other new vehicles coming as well including a new Hunter attack chopper and the Coil Cyclone Supercar.

Are you excited for the Batmobile release in GTA Online though and want to know when it is out? Let us know your predictions on price and how much you have saved up for it so far.