We recently informed you about the upcoming Thrustmaster T500RS, the official steering wheel accessory for Gran Turismo 5, but now we have been informed about a potential price for it, and you may want to look away.

As reported from VG247, details on the T500RS are pretty sparse at the moment, although the complete package for Gran Turismo 5 has already been leaked via some pictures here over at GTPlanet.

VG247 mentions that a full reveal on the T500RS is due at CES 2011 in January, but one of the main factors of the wheel will be it’s asking price – and that has already been disclosed.

According to reports, gamers in the US looking to pick one up may have to fork out a huge $500 to take one home, which will obviously put it out of reach for the average GT5 owner. However, for the hardcore following out there, are you still willing to pay this much for one? 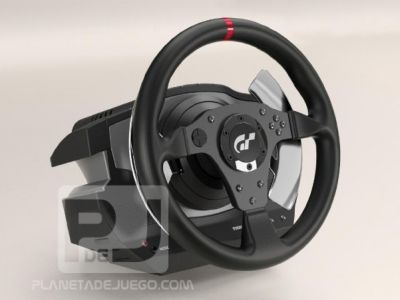 Polyphony Digital’s Kazunori Yamauchi has already thrown his support behind the T500RS, but what about you? Do you feel a bit frustrated that it’s going to cost this much to own the ‘official’ steering wheel for the game?