Those of our readers that have been following the Samsung Galaxy S Advance know it will be in the Philippines first, and this means screenshots and videos are likely to flow from this part of the world before the UK and United States. On this page you’ll find the official specs, screenshots and some videos to help you get to grips with the GT-I9070.

We’ve embedded 5 videos below this article and these show the Galaxy S Advance up close from a number of sources, although their visual quality also varies greatly by video but all were uploaded to YouTube within the last 7 days.

Seeing how Samsung’s Galaxy S Advance looks on video – The first video below is the best of the bunch for us and doesn’t involve any speaking, so you can just get close-up with the Galaxy S Advance GT-I9070 (version from Philippines) and see the device in motion.

The second video is also from the Philippines and gives a quick hands-on with the GT-I9070, although we can’t help thinking about the song “who let the dogs out“, so have a watch and you’ll know what we mean. The same YouTube user posted more details on the graphics and gaming thanks to this device apparently landing in their test labs. It’s good to see a little gaming on the Galaxy S Advance although this is not to everyone’s taste, especially considering most people want to see more about the actual hardware and external design of the smartphone.

The fourth video is a lot better quality and shows a lot more of the external design and software running on the Samsung Galaxy S Advance, although this video is not in English. You won’t find any motion in video five but will find a nice collection of photos for the Galaxy S Advance, and these seem to be collected from official sources and lesser quality hands-on’s as well. 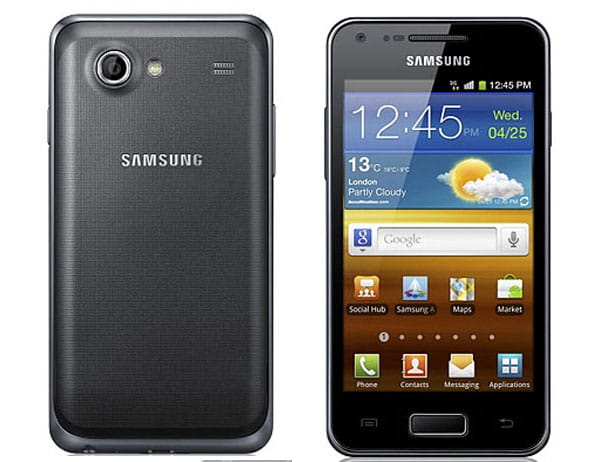 Show me some more of the technical details for Samsung’s Galaxy S Advance – When the full hands-on reviews land we’ll be able to give you a better understanding of how the Galaxy S Advance would perform in real world tests, although we can confirm the specs according to a Samsung’s PR website and these can be found below. 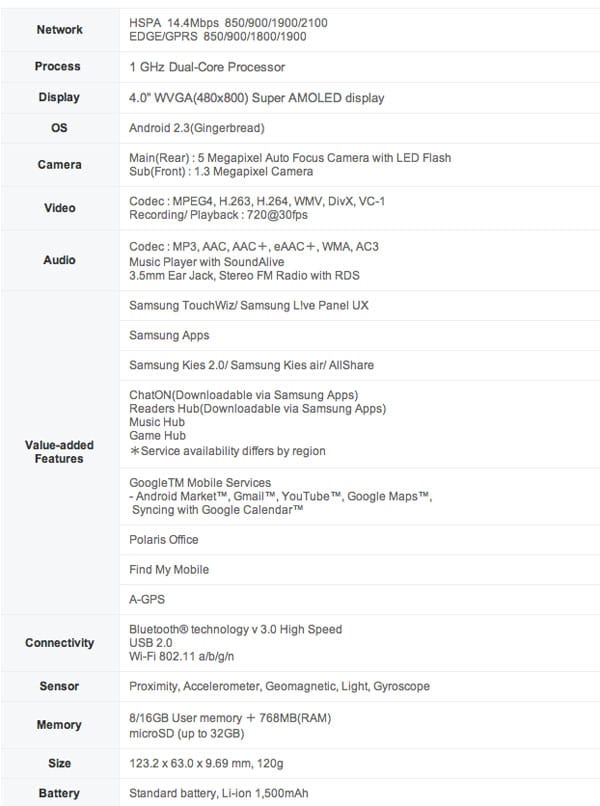 What do you think about the Samsung Galaxy S Advance and is it the next handset for you? The photos within this article are official and a full gallery can be found via Samsung’s website here. You might also want to read about the Galaxy S Advance heading towards Three UK in our earlier article.