We have some great news for Green Day fans now, as Harmonix has just confirmed a release date for Green Day: Rock Band – yet another spin off in the successful rhythm genre franchise.

As reported from VG247, Green Day: Rock Band will be available on PS3, Xbox 360 and Wii on June 8th. The good news is that you’ll be able to transfer any of the 47 songs contained in the game, to any of the previous Rock Band games, along with the just announced Rock Band 3 too.

Harmonix has stated that you’ll be charged $10 to do this, but this will be free for all those that pre-order the game before June 8th. VG247 also mention the Special Edition on this game, which will come with early access to six DLC tracks, along with this export feature.

Check out the box art below, and let us know if you’ll be picking this one up or not. 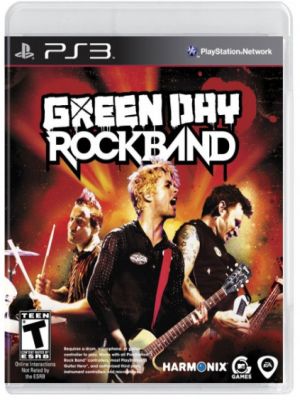