It’s time to once again take a look at how transfer market activity in real life can translate to what fans may see on FIFA 17 by the time it is released by EA.

This week, we look at some Arsenal FC transfer news with big rumors suggesting that Borussia Monchengladbach star Granit Xhaka may be very close to a move.

This is the same player that was rumored to be coming to Liverpool FC, but now it looks like Arsene Wenger may be looking to confirm his first big signing of the Summer before FIFA 17 launches. 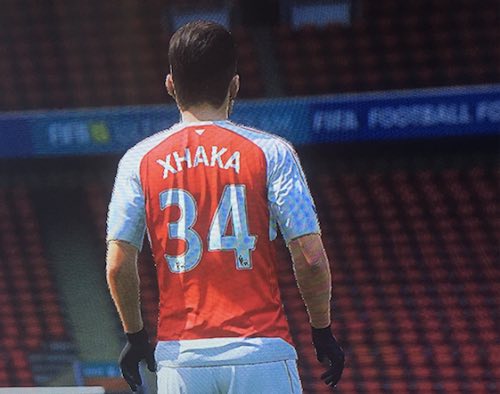 We hope they do as it gives EA enough time to put the player in the FIFA 17 FUT database with all the official likenesses. In the meantime, have a taster of what Xhaka in an Arsenal shirt may look like thanks to the FIFA 16 game engine.

Would you love to see this player alongside Ozil, Cazorla and Sanchez in midfield? Let us know what you think about this transfer and as a FIFA player, tell us what player you want to see move to your club next for us to discuss.