If you’re one of the many gamers that are waiting to hear news on when the much-anticipated Grand Theft Auto V (GTA 5) game will be arriving, I’m sure you’re just as confused as I am. There appears to be a bit of release date confusion at the moment, with both 2011 and 2012 being mentioned.

According to a recent article by Will Gamble over at justpushstart.com (sourced from fudzilla.com), recent speculation has suggested a “holiday 2012” launch window for Rockstar Games’ latest installment in the hugely popular Grand Theft Auto series.

The reason behind the speculation of a “holiday 2012” release appears to be due to the fact that January 2012 is when the contracts of many of the key people working on GTA 5 are due to run out. However, as Adam Larck at 411mania.com notes, analyst Michael Pachter believes that the game will arrive in 2011. 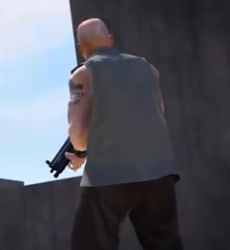 Pachter’s conclusion also appears to be based upon the key people’s contracts expiring in January 2012, although he feels that the GTA 5 game will be launched before the contracts run out. Just to add to the confusion even more, another analyst has suggested a 2012 launch window.

According to Tom Ivan over at computerandvideogames.com, Cowen & Company analyst Doug Creutz has said that the chance of the game releasing in Take Two’s next financial year (which ends March 2012) is looking highly unlikely at this stage.