If you tuned in to watch Sony’s press conference at Paris Games Week 2015 live, you’ll know that one of the biggest announcements of the day was a confirmation that Gran Turismo Sport will be released in 2016.

However, we can see that many fans are a bit confused as to whether this means that Gran Turismo Sport is effectively Gran Turismo 7 under a different name, or whether Gran Turismo Sport will serve as a GT7 Prologue – a pattern which Polyphony Digital has followed down the years.

The developers are remaining silent on this for now, but they have said the game is out in 2016 with the Gran Turismo Sport PS4 beta release date set for Spring 2016. 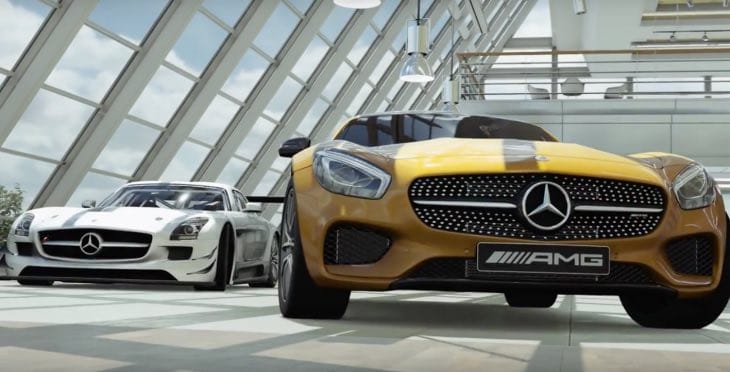 We have the first Gran Turismo Sport trailer for you to enjoy below, showing that the game will be placing an emphasis on FIA online championships and dishing out real prizes to the winners based on performance.

What are your thoughts on the interesting name though as that seems to be the biggest talking point at the moment. Would you have preferred Gran Turismo 7 to be the next game in the series, or are you actually happy that another spin-off has arrived?

Give us your thoughts on this and whether you think that this game may end up being a Prologue to GT7 in years to come. Are you excited about GT Sport regardless or not?