It looks another of Sony’s new E3 2015 games announcements may have leaked. Out of the blue, a retailer in Europe has briefly listed something known as Gran Turismo Sport for PS4.

We all know that Gran Turismo 7 is in development for PS4, but this is the first time that we have seen the mention of a game called Gran Turismo Sport – or is it?

Back in May, a Neogaf forum member by the name of Amar212 mentioned the same game by that title – taking other forum members by surprise, since the nature of the message implied that it was coming.

Fast forward one month later and a Croatian retailer has listed the game here – although at the time of writing the information has now disappeared. 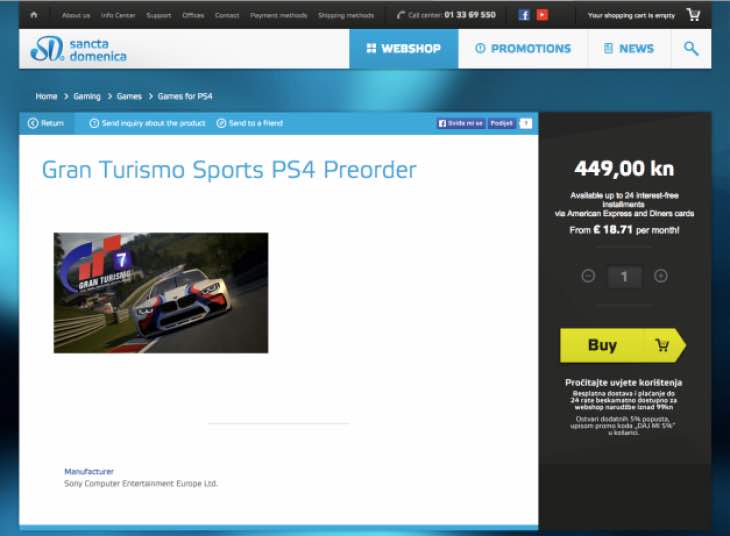 A little digging by GTPlanet also reveals that this Croatian retailer has an exclusive agreement with Sony PlayStation Europe to distribute PlayStation products in the country.

Given that the information disappeared from the listing in a matter of moments, this does look like something that wasn’t intended for the public eye until June 15 at E3.

Then again, why the Gran Turismo Sports name and not Gran Turismo 7? The general assumption is that this could be a spin off title for the series and one which may feature different types of vehicles other than cars – i.e motorbikes.

If this turns out to be true, we would love to see some motorbikes in Gran Turismo, although we’re still very curious to find out what this game would mean for the future of GT7 – does it mean a further delay?