Although fans have only had a few days worth of playing time with the recently-released Gran Turismo 5 game, there’s already news surfacing about the next installment in the series, GT6. Earlier this month, Alan Ng brought you all an article on whether or not GT6 would be released on the PS3.

We now have more Gran Turismo 6 news, thanks to an article by Tom Pakinkis over at computerandvideogames.com. The article takes a look at a wish list for the GT6 game, and all the ways that it could possibly improve the series for Polyphony Digital.

The first thing that’s mentioned on the list is possibly not having so many different cars. The article points out that while it’s great to have all those nice cars to drive, do we really need so many different models of Honda Civics? Another valid point mentioned is the amount of development time. 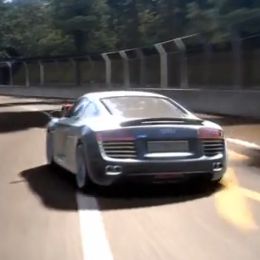 Then there is the damage debate, and whether or not there should be more damage added to the Gran Turismo games or no damage at all. Weather is another thing on the GT6 wish list, and how it should be rolled out across the entire game next time and not just over a few tracks.

You can read the full list via computerandvideogames.com. What do you think of CVG’s wish list, and what changes would you like to see in the Gran Turismo 6 game?