For those of you who have picked up a copy of Gran Turismo 5 and are a bit worried about the overall graphics quality in the game, we have an interesting article for you to read now, which suggests that visuals are smoother the PS2’s Gran Turismo 4, rather than GT5 on the PS3 which has only just been released.

You may be thinking that it is pretty outrageous to suggest that a PS2 game could be better than a PS3 game visually, but an article over at CVG has quoted GT5 Vs GT4 analysis from the guys over at Digital Foundry, which does raise a few eyebrows over the graphics in GT5.

According to Digital Foundry, the overall graphics quality on GT5 has paid the price for featuring 1080p visuals and high-detail vehicle models, which CVG points out, puts a ‘strain’ on the GT5 graphics.

Furthermore, it has been concluded that handling remains ‘incredibly’ similar between the two titles, which just goes to show what a great game GT4 on the PS2 was. 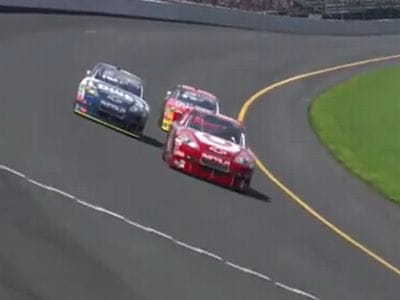 Have a read of Digital Foundry’s report here, and let us know your thoughts on this. After having played the game extensively so far, do you agree that the graphics are not up to scratch?