It was only a matter of time before comparisons with the recently released Gran Turismo 5 were made with the best racer on the Xbox 360 in Forza 3 Motorsport. If you have played both, we want to know which game you think is better.

To help you with your decision, G4TV has posted a very useful video comparison on the two games, letting you see what both titles look like on similar tracks, side by side.

If you are talking about which is the best racing ‘simulator’, then you would probably agree that GT5 gets one up on Forza, since the gameplay on Forza 3 is best described as more of a ‘arcade’ experience, whereas GT5 tends to focus in detail on certain elements.

If you don’t own both consoles though, you probably haven’t had the chance of playing both titles yet, so we’re saving this debate for the hardcore followers out there who enjoyed Forza 3, but are now spending their time on GT5. 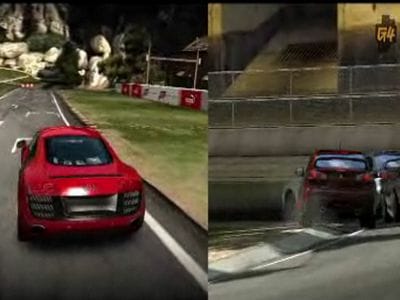 Take a look at G4’s video below, and then let us know which game you think is best overall, with reasons to explain your decision.