Ever since Gran Turismo 5 arrived in stores a few days ago, we’ve been hearing reports of issues with the computer AI, technical problems/flaws and server error problems due to extreme traffic. However, it looks like the said issues will now be resolved, with the arrival of the v1.02 patch.

According to a recent article over at eurogamer.net by Wesley Yin-Poole, Polyphony Digital’s CEO Kazunori Yamauchi announced the patch earlier this week, stating that it would arrive on Saturday, November 27th. We can now tell you that the update has gone live, and is available to download.

Yamauchi said that the v1.02 update will refine the usability of the Gran Turismo 5 game, to make it a better gaming experience. The data center was originally set up to handle a total of 500,000 connections, but Yamauchi said that they have now doubled that number to one million. 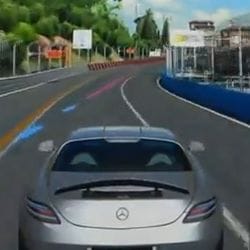 As reported by Jordan at gtplanet.net, the v1.02 patch arrived yesterday, which means many of you will have already downloaded it. However, judging by the comments, players weren’t too happy that a patch was announced without giving details of what was involved in the update.

Have you downloaded the v1.02 patch? If so, are you still experiencing any connection issues?