When Polyphony Digital’s long-awaited Gran Turismo 5 game finally arrived in fans hands this past week, many were keen to see what the new damage modeling system was like. However, there appears to have been a bit of confusion since its release, with many claiming that damage was unlocked.

According to uk.ps3.ign.com, Sony has since debunked that theory, and stated to IGN that the damage feature occurs right from the very start of the game. As previously reported, many fans were disappointed after playing the game for the first time, because vehicles didn’t appear to incur any damage. 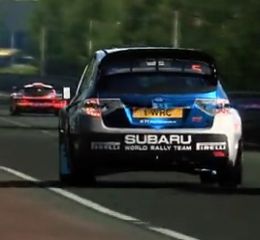 The confusion appears to have stemmed from the variation of damage across Gran Turismo 5’s extensive garage. Sony clarified that standard vehicles only have minor damage and scratches, while premium cars have a more visible level of damage and premium racing models have the highest damage level of them all.

Would you like to have seen the same amount of damage across all cars on Gran Turismo 5, or do you think it is fine the way it is?