Sony’s much anticipated Gran Turismo 5 was finally released yesterday and has got some pretty good reviews so far, even though there will be some who are not happy. But there are some reports of problems with the game’s servers.

Tamoor Hussain of CVG is reporting that there are problems with servers due to the amount of players going online, but the single player game play has also been experiencing major problems. Reports are stating that due to “extreme online traffic congestion” gamers are suffering from stalling and slow down problems when playing the single player game.

The game is experiencing problems when accessing servers for profiles, stats and logs, and brings the game to a snail’s pace with long loading times. Players are being advised that going through GT5’s menus may cause delays lasting “several minutes”.

To “temporarily alleviate” the problems Sony have stopped access to some user profiles and logs. Owners of the Gran Turismo 5 Signature Edition have said that codes allowing them to access the exclusive cars are not being recognized as valid. 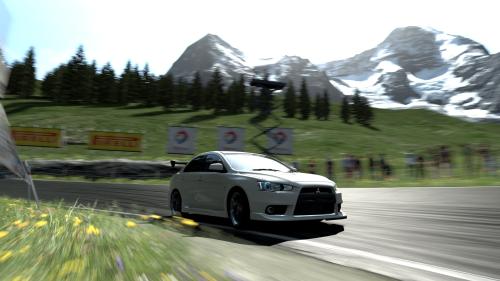 Have you experienced any problems with the games servers? What do you think of GT5?