If you have installed the v1.03 patch update for Gran Turismo 5, you’ll know that it adds support for mechanical damage during online play. If you have experienced the new damage update in-game, we want to know what you think about it.

Vehicle damage is no doubt one of the biggest features in the game, and it’s a feature which received a lot of attention prior to the game’s release. Having seen it in game, are you satisfied with the way it works or are there some elements which you’re disappointed with?

If you haven’t seen it, we have a series of videos to show you now, videos which were uploaded on PlayStation Informer. The videos show some test drives in the game, attempting to show you how mechanical damage operates in the game. 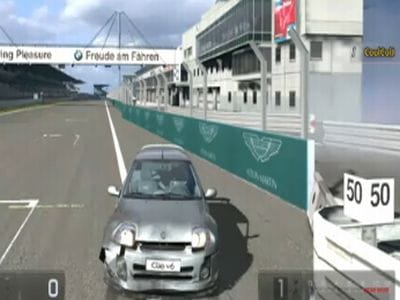 The results are pretty impressive – nothing spectacular like Burnout, but enough damage on the vehicles to add that extra bit of realism to the game. Check out one of the videos below and let us know your thoughts on mechanical damage.