Earlier this month we revealed that Gran Turismo 5 took roughly 40 minute to install and takes up 6.4GB of storage, now we are hearing that it does in fact take longer than this.

If you check out a recent articles posted on MadOverdose you can see that it took one gamer 57 minutes to install the game, despite the PS3 stating that installation would take just 20 mins (see below). 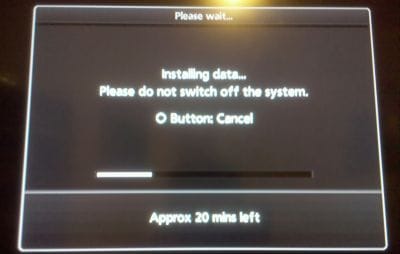 This install was carried out on an 80GB classic PS3, therefore newer PS3s may install the game in less time, also after the install a 133MB patch needs to be downloaded and installed, which depending on connection speed takes roughly 5-10 minutes.

To be honest with you, people have been waiting for GT5 for 5 years, so and extra hour won’t kill them, however I am sure it will be a bit frustrating for those of you who buy the game at midnight and have to wait in the early hours while it installs.