Gran Turismo 5 has been coming for some time, which will feel like a lifetime to some gamers but an official GT5 release date was set back in June. The Playstation Blog said on June 15 that November 2, 2010 is the official release date.

This news was met with joy and disappointment from racing fans, some were happy that a final date was set in stone but others said a very long wait let them find other games more worth their time, like Call of Duty. Did you give-up on PS3’s GT5?

Last month we showed you a Gran Turismo 5 trailer that showed damage and visual effects, and a Comic-Con gameplay video, today we want to point you to an interesting article by Now Gamer that looks at 7 things no other racer has done before. 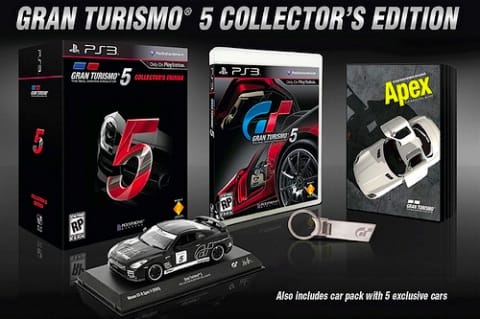 The first three on the list are “Dirt Tracking”, dirt that really sticks and is simulated procedurally, “Face Tracking”, for a more clear three-dimensional space although its unclear if this will be freeform or fixed point, and “The Most Cars” that is pretty much inarguable thanks to GT5 hitting four figures of bona fide production cars.

Read the full list of 7 things no other racing game has done before on nowgamer.com, then share your thoughts in the comments below. Have you had enough of the GT5 delay?