After waiting several years for its release, fans were finally able to get their hands on a copy of the much-anticipated Gran Turismo 5 game last week. However, depending on where they actually pre-ordered the game from, fans also received redeemable codes for special DLC cars along with their copy.

A recent article by Shui Ta over at examiner.com takes a look at how much these special DLC cars are worth, on auction websites such as eBay and it’s quite an interesting read. Gamers who pre-ordered the Gran Turismo 5 game from Amazon received the Mercedes-Benz SLSAMGStealth model.

Bids on that specific car are going for as high as $15.50. Those who reserved their copy via Best Buy on the other hand received the Nissan GT-R GT500 Stealth model and although it’s not as popular as the other cars, the highest bid currently stands at $10.00. 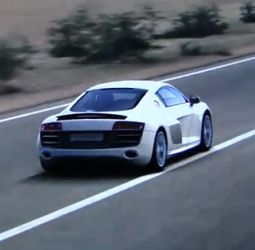 The bids for this five-car pack — which includes the Mercedes-Benz 300 SL Coupe, BMW M3 Coupe, Shelby Cobra 427, Audi R8 5.2 Quattro and the Lamborghini Murcielago LP 640 Chrome Line Editions — went as high as $95.00 on the eBay website. What do you think of their auction prices?

Most importantly, would you ever buy the DLC cars at auction?