For some consumers, the star studded Apple iPad and various Google Android tablets are simply too expensive to even consider buying, which is why shopping for cheaper alternatives is never a bad idea. One such option is the GPad GForce Android tablet and we have a hands-on review of the device now, providing you with everything you need to know about this Chinese import.

Firstly, let us thank the guys over at Pandawill for sending one over from China for us. It’s not often we get the chance to sample some of the ‘intriguing’ contraptions that come from those shores so you could imagine our delight when we heard this upgraded GPad was available for review.

The new Gpad Gforce is an Android 2.2 tablet which packs some very respectable hardware features for the $299 asking price online. The display screen size is 9.7 inches, and the device runs on a Freescale imx51 800MHZ Cortex A8 processor. The display is TFT capacitive based and supports multitouch and a resolution of 1024 x768. 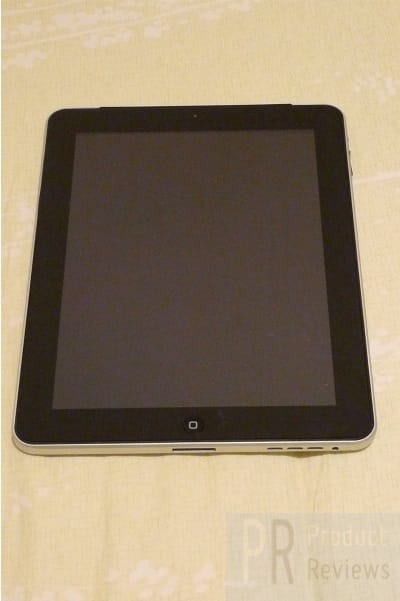 Other important specs include 512MB of RAM , 8GB of built-in storage, 3G support via USB dongle, a 2 megapixel front-facing camera and an included 7200mAh battery. However, there is no rear camera on this version of the GForce, but there is an accelerometer which will automatically shift to landscape or vertical mode depending on which way you hold it.

Aside from the tablet, the box contains a screen protector, two USB to 30-pin data cables, AC adaptor of the 9VDC@1500mA output variety, earphones and a nice leather-style case to store your GPad inside. 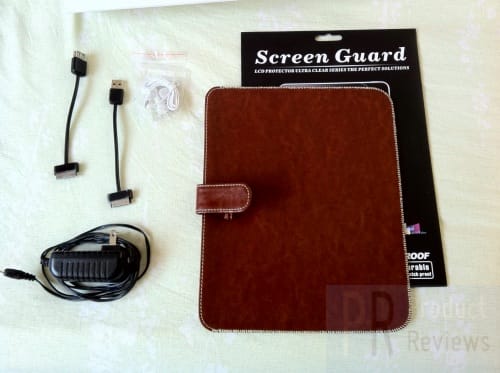 First impressions of the tablet are good. Build quality seems very decent, as the device feels pretty solid, and although the design of the Gpad Gforce is very much similar to the Apple iPad, the aluminium finish on the back complete with the Gpad logo does give it that hint of uniqueness, which is always good. 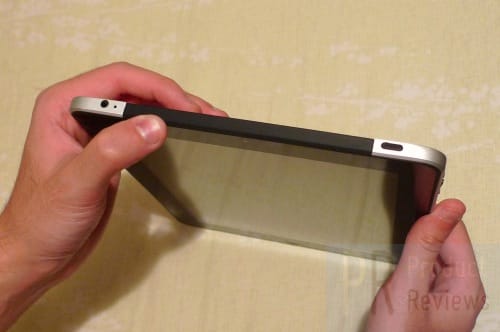 We’re pleased to say that this comes with a stock version of Android 2.2 Froyo, meaning you’ll be able to get straight to customizing the device with wallpapers, and apps of your choice upon bootup. The response whilst browsing through the UI is fairly good, apps load up quickly and we didn’t have any major problems in this aspect, although we did notice a slight hint of lag when returning to the home screen by pressing the virtual button situated at the top right hand of the device. 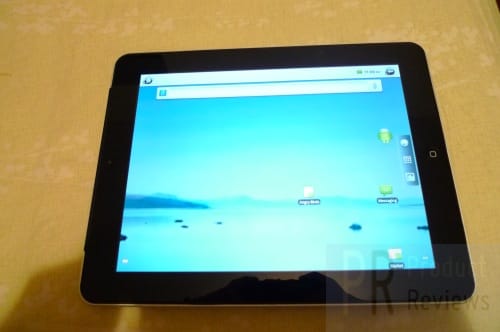 On the subject of apps, there is a healthy list of pre-loaded apps, one of which is a fully certified Android Market and also an included Hiapk Market which is the Chinese equivalent. One app that appears to be missing is YouTube, but it’s not really an issue since you can hop online and enter it via the browser anyway. There’s a few other Google apps pre-installed though, these include Google Talk and GMail. The GPad Gforce also features 3G support, but since we didn’t have a USB dongle handy and it didn’t come with one, we couldn’t try out this aspect, or the 3G Dialer and Messaging apps.

The included web browser is nice and quick, and pages seemed to load with no problems. Since the GPad features multitouch, you can also pinch and zoom in and out of text just like you would on the iPad. Responsiveness was good as well when scrolling up and down pages, which was pleasing. Things we did notice though, which was a particular worry, is that flash videos didn’t seem to play too well, and YouTube videos did not play at all, despite the fact that we had installed Adobe Flash 10.2 player from the Android market. However, if this does turn out to be a fault of the GPad, it’s something that can be fixed very easily with a patch update online. 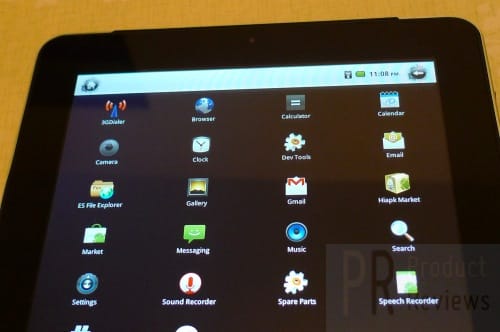 To sum up, we had a good experience with the GPad Gforce, and we’d definitely recommend it if you are searching for a cheaper alternative than the iPad and Samsung Galaxy Tab. For those who are just looking for a device to take care of your multimedia needs on the go, such as web browsing, listening to music and checking emails, then the GPad Force is ideal.

Once we get the 3G aspect of the device up and running, we’ll be writing another piece on the GPad so you can see how that handles. For now, enjoy the rest of our hands-on photos below and let us know if you have any questions about the Gpad Gforce. As we mentioned at the start of our review, it’s available to buy now from Pandawill, priced at $299 USD with free shipping included. You can head to their product page here to order one if you’re interested. 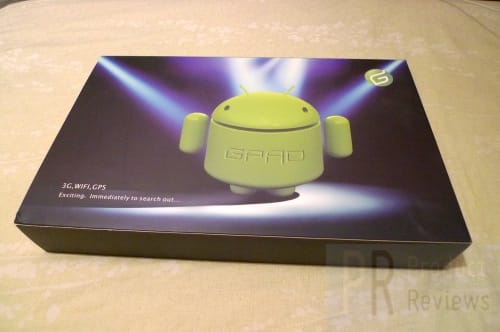 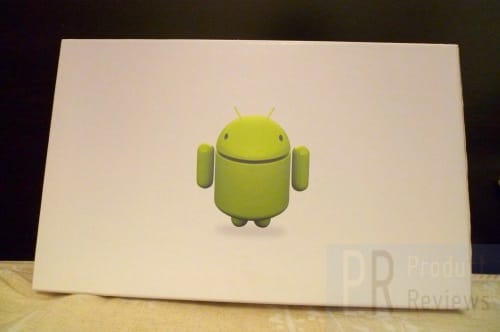 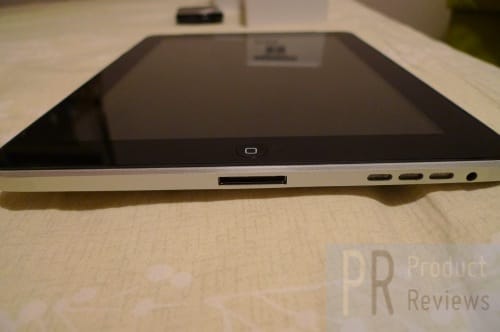 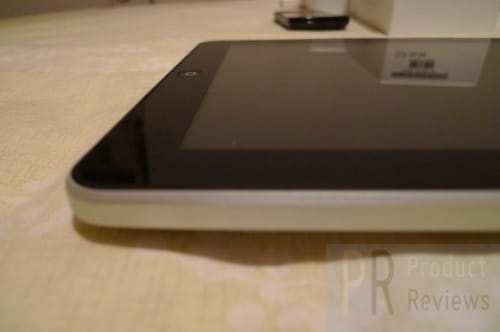 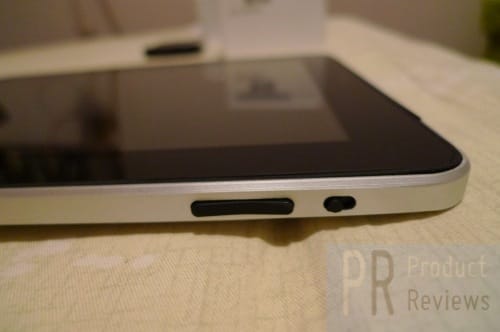 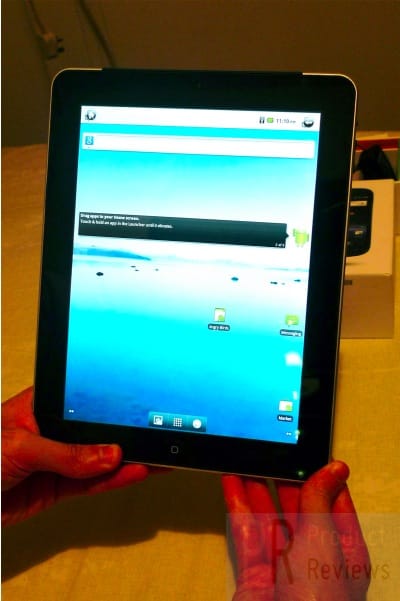 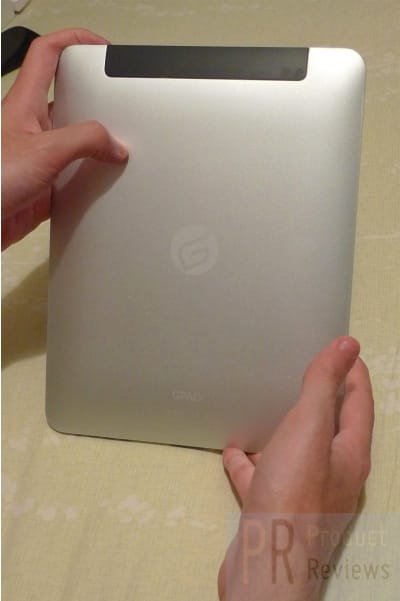 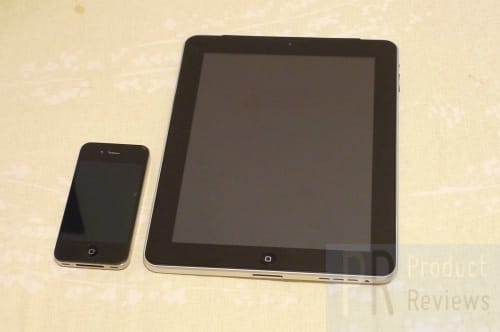 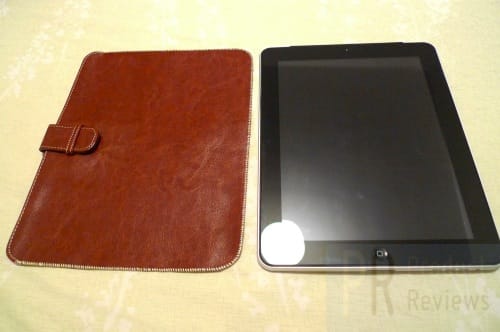 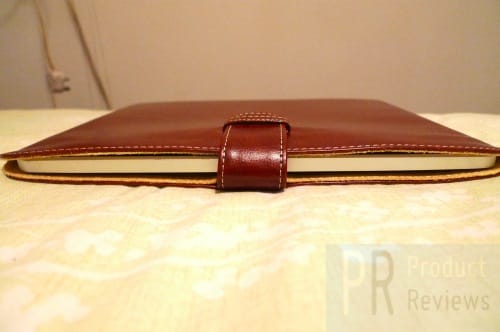