There are many people who live in Britain that own top of the range consumer electronics devices, but due to the area they live in, are unable to reap the full benefits of these pieces of equipment. They may not be able to get a good phone signal or internet connection for example. Rural areas and remote villages are the main regions where these issues occur, however a new injection of funds from the government will be hoping to change that.

The culture secretary, Jeremy Hunt, has stated that the release of £362 million will be put towards making sure that by 2015 90% of these deprived communities with little or no connection speed will have superfast broadband. These funds will be used to improve connectivity in the hard-to-reach areas in both Scotland and England so millions more people will be able to take advantage of the technologies they have available to them.

The money comes from the ‘digital Britain’ fund worth £530 million which was sanctioned earlier in the year by the Chancellor, George Osborne. The £320 million allocation is to be split between the two countries with Scotland receiving £68.8 million and England to get £294 million. This will ensure that the areas that are not already served by the private sector will get high-speed internet.

The other countries in Britain were previously allocated funds also with Northern Ireland receiving $4.4 million and Wales getting £56.9 million last month. The Welsh government has also agreed to match the funding from the British government. For a full list of the counties to be upgraded, check out the article at Guardian where you will also find more details about the funds.

Do you live in a rural or remote area that struggles to get a good internet connection? Are you happy that the upgrade is finally happening? 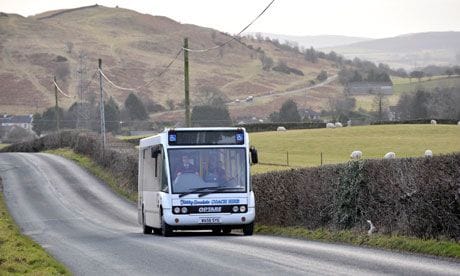