The Mortal Kombat X reveals are really coming thick and fast now, as we approach the April 14 deadline for when the game finally hits the shelves on PS4, PS3, Xbox One, Xbox 360 and PC.

Now as promised, we can bring you some Goro gameplay in Mortal Kombat X, as developers NetherRealm Studios hosted the All Access event with Amazon over the weekend.

As a result, we have now specifically picked out one gameplay clip which actually shows not one but two of Goro’s fatalities in Mortal Kombat X. 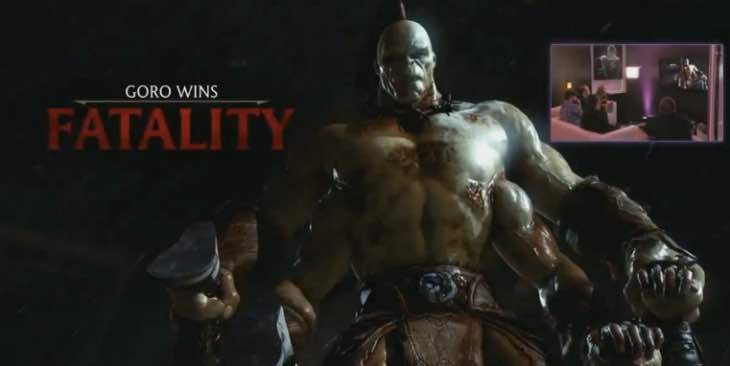 We’re not sure if the developers actually intended to show both, as usually we only get to see one during official reveals and the other is kept a secret.

Not this time though – Goro will have two contrasting fatalities, both of which are extremely brutal as you would expect from a half man, half dragon with four arms.

Watch the clip below for all of the gameplay featured at the All Access event – you can see Goro’s fatality 2 in Mortal Kombat X at the 2:50 mark specifically.

So what do you think guys – is Goro a worthy pre-order character for the game or not? Does he seem overpowered to you or a great challenge?