GoPro finally gave action camera lovers what they had been hopping for recently, and that was the release of a new Hero camera. However, they offered this in two forms, the GoPro Hero 4 Black and Silver, with the former being the more expensive. An entry level model was also released, but we wish to discuss how the Black versions stacks up against its rivals.

How the GoPro Hero 4 compares to the Garmin Virb Elite and Sony AS100 – Seeing as though the new GoPro is so new there are no real life comparison videos on YouTube, although you will come across ones that just look over their specs. Once these GoPro Hero 4 videos appear online comparing real life perfomance to rival action cameras, we will get right on it. 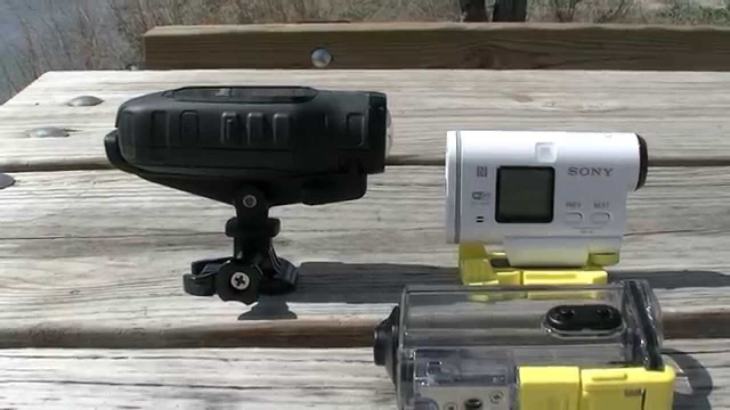 Before we look at those rival brands, we do have two GoPro Hero 4 Vs 3+ videos for your viewing please below. The first shows you how they compare visually. There is no talking in either videos, and so just sit back and enjoy them for the next few minutes. The question is, will knowing how these two compare force you into upgrading to the new model?

The main specs of the GoPro Hero 4 Black are 4K30 and 2.7K50 video at a high frame rate of 1020p for stunning immersive footage. You can also take 12-megapixel photos at 30 frames per second. Compare this to the Virb Elite with its 1080p video recording, and a 16-megapixel sensor for stills. More details on this camera can be found here, which also compares other action cameras to rival the new GoPro.

There are no GoPro Hero 4 vs. Sony AS100 reviews, but you can take a look at the features and specs of the latter to come to your own conclusion. To help you do that we have added another two videos below, the first looking at the features of the Hero4 Black and the other showing you all the specs of the AS100.

If money was not an issue, which action camera would you go for and why?