The NORAD Santa Tracker previously had a countdown for 2013 and Google also had something similar, although the countdown timer on both websites has reached zero and you can track where Santa is right now.

You might have seen Santa’s sleigh fly over very fast if you live in the UK, which some people claim this might have been the International Space Station, although kids all around the world know there’s only one thing this bright light could be on December 24th. 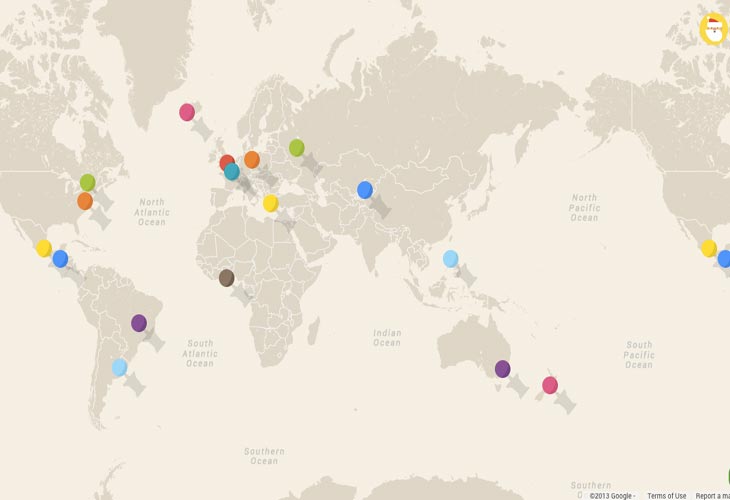 Traditionally, we have preferred the NORAD Santa Tracker thanks to a tried and tested way to track Santa, as he makes his journey around the world, but in 2013 we favor the Google Santa Tracker with its fresh design and clear stats.

We love the Santa’s Dashboard seen on this page that allows you to see where Santa is right now and at the time of writing his location is Mahebourg. When you click the location you will see further information on the time of arrival and next location.

There is also a countdown until Santa reaches the next location, the presents delivered and distanced traveled overall since the Google Santa Tracker started for 2013. 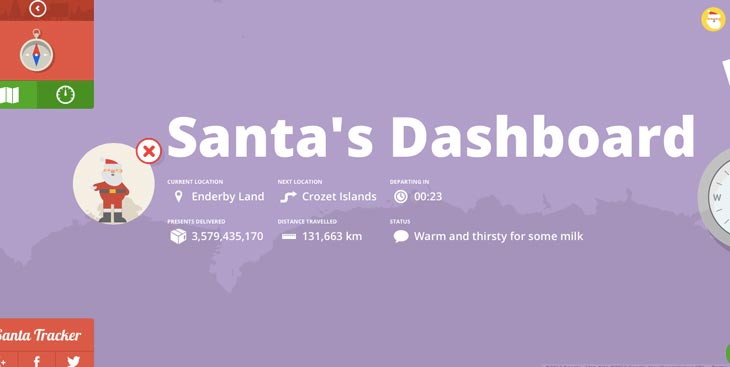 If you still prefer the NORAD Santa Tracker, then head over to the homepage for NORAD and click “start to track Santa”. You can then also see similar details like how many presents have been delivered, although again we prefer the Google offering thanks to a lot more interaction and a cleaner interface.

You can also download the NORAD Tracks Santa iPad and iPhone app on Apple iTunes, or download the Google Santa Tracker Android app on Google play.

Google released a video along with their updated Santa tracker app that can be seen below this article, although visit one of the links above if you want to download one of the applications.

Have you enjoyed tracking where Santa is right now in 2013? Do you prefer the Google or NORAD Santa Tracker?