We’ve seen some pretty exciting announcements come from the 2011 Google I/O — which kicked off yesterday (Tuesday, May 10th) — so far, including details on the Android 3.1 Ice Cream Sandwich upgrade and information regarding the new Google Music Beta music streaming service.

As Chris Smith over at techradar.com recently noted, Google also unveiled its new movie rental service for Android during yesterday’s keynote. The service enables users to rent movies from the Android Market, and download them from their Android smartphones, PCs and tablets.

There are thousands of titles to choose from and just like with Apple iTunes Movie Rentals, movies will cost from $1.99 and will be available to watch for 30 days. However, once you start watching your rented movie, you’ll only have 24 hours to finish watching it. 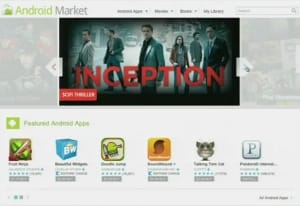 New releases will cost you $3.99, while HD films will cost $4.99. The list is also said to include top titles such as the new harry Potter movie, The American and The King’s Speech. The service will also include a new ‘Pinning’ feature, which will start downloading a film so you can watch it offline.

Phones that are currently running Android 2.2 can expect an updated movies app in the next few weeks. Meanwhile, Honeycomb users can expect it to arrive with the Android 3.1 upgrade. What do you think about being able to rent movies from the Android Market?