The Google Street View Car has become quite famous for being the notoriously suspicious vehicle that slowly drives through neighborhoods and cities, capturing high resolution images of the surroundings. What better way to take the techmobile out of its comfort zone than by sending it out to map Top Gear’s track in a race.

The popular BBC show normally runs a feature on the show each week called a star in a reasonably priced car, putting a celebrity in a selected vehicle to complete the circuit track as quick as they can. In this special feature the Google street view car has to compete against a Mercedes-Benz SLS AMG driven by The Stig, the race was an absolute no contest.

As you would expect the Mercedes absolutely embarrassed Google’s car, you can see the full video below which we have included. Of course the real advantage of Google and the BBC teaming up for this unusual event is that the street view vehicle drove around the Dunsfold Aerodrome (Top Gear track), which you can now see on Google Maps right here. 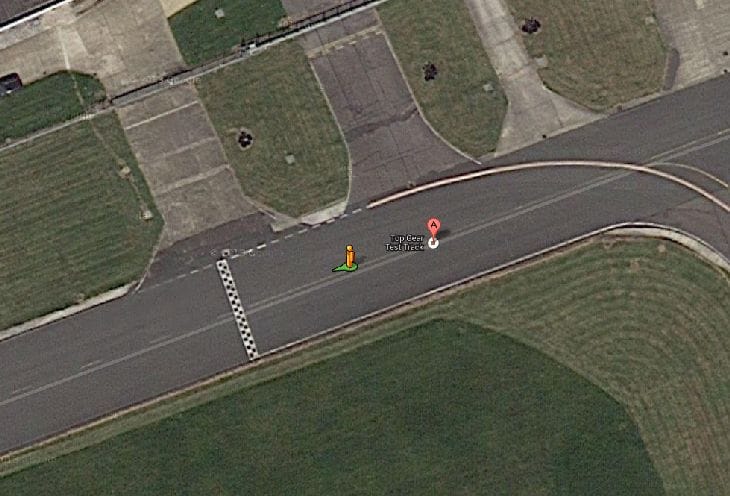 The 2.82 KM of tarmac racing track can now be interactively viewed from various points of view in closer detail. Top Gear commercial director Duncan Gray highlighted that this has been good for millions of viewers who have wanted to explore the track, joking that The Stig was asked to slow down a few times.

The Google Street View program manager Ulf Spitzer has also expressed the company’s pleasure at working on this project with the BBC; admitting it was thrilling to ride alongside the infamous Stig, as well as capturing some fantastic imagery.

Will you be checking out the famous Top Gear track on Google Street View and Maps?