With less than two weeks to go for the big day, Santa is doing his best to make certain his elves will get all the toys made in time, and while there is always a last minute panic, they do get done in the end. To help pass your time the Google Santa Tracker app has a new update that adds Android watch faces to Wear devices.

The updated app is available for your smartphone and tablet now; although the new watch faces are to be pushed out over the coming days to different Android Wear devices. That is not all, as there are several bug fixes, along with some enhancements to make the app run smoother. 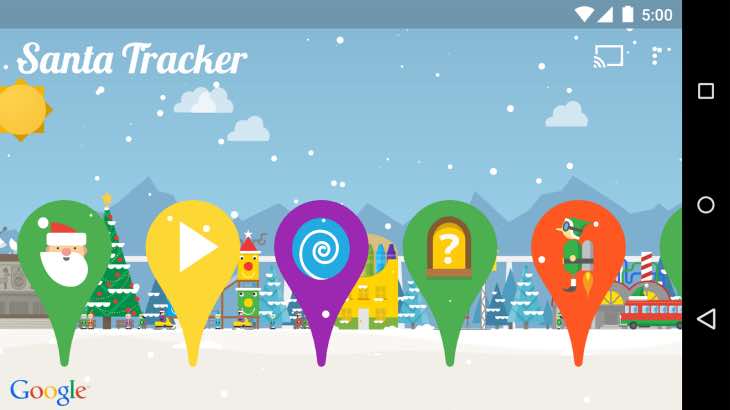 If you have yet to download the Santa Tracker app from the Google Play Store, then you really are missing out. Each day brings a new fun game when visiting Santa’s Village.

The games — Twelve games have been released so far, so you could Skydive with Santa, parachute presents and also race with reindeer. These are just three examples, and today’s game has to be one of the funniest, as you get to shave Santa’s beard, change the color of his beard and hair, and even get to put more hair back on.

When we come to December 24th, Christmas Eve we will then be able to track Father Christmas as he embarks on his epic journey around the world.