Whenever a new phone is released people are curious as to how easy it would be to fix, especially for those of you that tend to break their handsets, and the cause of the damage is not covered by warranty. Ok, so the smartest thing would be to have a separate insurance on the device, although that can often be costly as well. 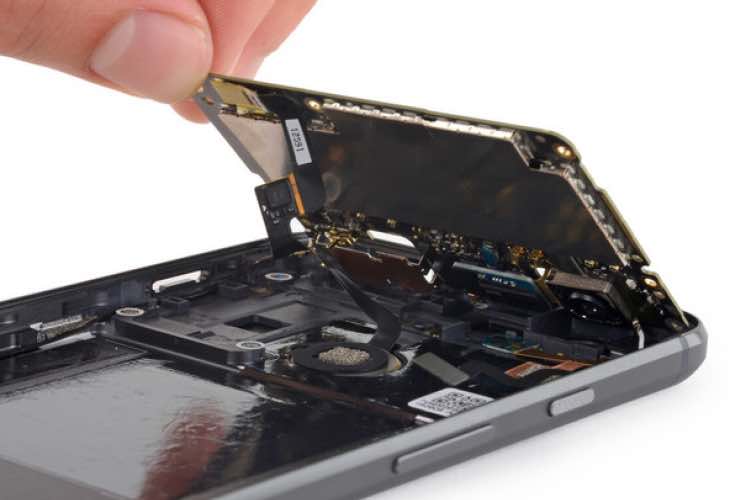 This is the very dilemma that owners of the new Google Pixel XL faces, and so will have been pleased to find out that this latest bare bones Android handset is actually easier to mend than the likes of the Samsung Galaxy S7 and the Note 7 – although who would even want to take one of the latter apart?

The good people of iFixit decided to take the new Google Pixel XL apart to see how it faired in terms of its repairability, and even though it was not close to 10, it faired better than Samsung’s latest efforts.

The repairability score for the new Pixel XL was in fact 6 out of 10, compared to 3 out of 10 for the Galaxy S7 and 4 out of 10 for the troubled Note 7. It’s said that the modular components are easy to replace, and the battery has a handy tab allowing for its easy removal.

What did let it down and took a few points away was the display assembly was a bit too tricky, and so increasing the chances of you actually damaging the device in the process.