Google has just announced the Google Pixel Buds earphones at the Pixel 2 event and it’s fair to say that everyone is talking about this product right now, perhaps even more than the actual new smartphones themselves.

The buds will be Google’s answer to the wireless Apple AirPods, but with the addition of a potentially game changing feature which offers real-time translation between 40 different languages according to Google.

During the event, Google demonstrated how this works between two users and it looked extremely impressive – you can watch the clip again below if you missed the event.

Again during the event we saw languages such as Chinese, Dutch, Italian, Korean, Norwegian, Polish and much more highlighted as part of the list of 40. 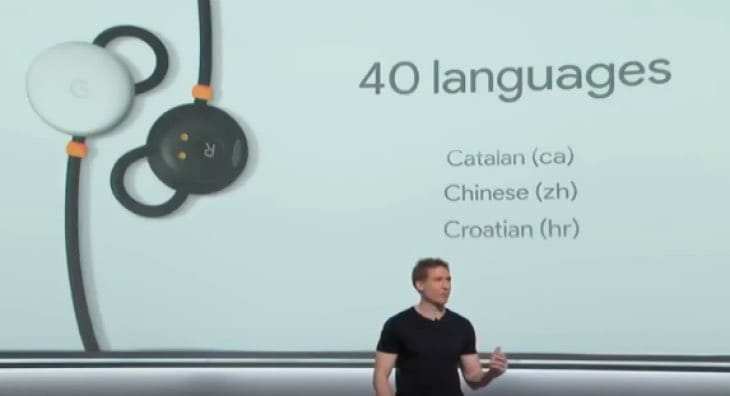 However if you go to Google’s official Pixel Buds FAQ, you’ll see that only five languages are supported right now and they are English, French, German, Japanese and Portuguese. They state that ‘more will be available soon’.

The release date for Google Pixel Buds will be in November, priced at $159 or £159. Will they have all 40 languages available at launch, or will we see a staggered release in reality?

Let us know your thoughts on this and if you were amazed by the demo on stage!