It has almost become a tradition for millions of Internet users to visit Google on April Fools day, which has provided something really interesting to see every year for some time now. When Google does an April Fools joke it is as real as it gets, which certainly fooled us a few times in the past.

Google Nose a good April Fools joke for 2013 – we now have an expectation from Google on April 1, which means no matter how real a new product or service looks today it is almost certainly one of the best attempts to fool Google users. The videos, graphics and presentations found for a new service called “Google Nose” are so professionally done and will almost certainly fool the newbies.

The video above this article reveals Google Nose in a traditional manner that Apple and Google use for launching a new product or service, so take a look for more details about Google Nose.

You will find a link to the new page right next to other options in the menu bar when searching, which includes Maps, Images, Shopping and now Nose. Google’s homepage also includes the text “New! What’s that smell? Find out with Google Nose”.

The video explains how dogs use a sense of smell to explore their surroundings, and Google is happy to bring this ability to Search. The image below is a screenshot taken after we searched “wet dog”, which reveals a new option on the right of the Google search page. This explains the smell for Wet Dog like it is trying to explain a fine wine. This result explains a smell that is “Aggressive and foxy with notes of musk, wet towel”. You can share an aroma, see how it works, or take a look at other smells that people “sniffed”. 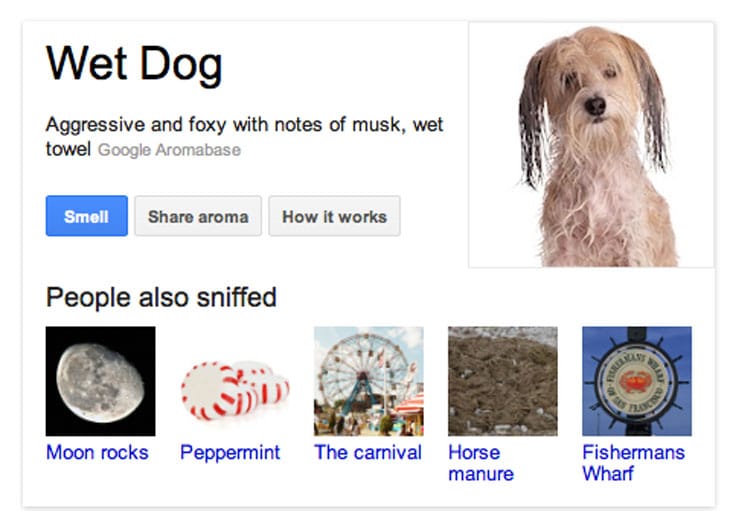 What do you think about Google Nose? This might be an April Fools joke for 2013, but could you see this technology becoming a reality at some point in the future? There will be a number of Google Nose search terms for different smells, so hit the comments with any smell searches you found entertaining. 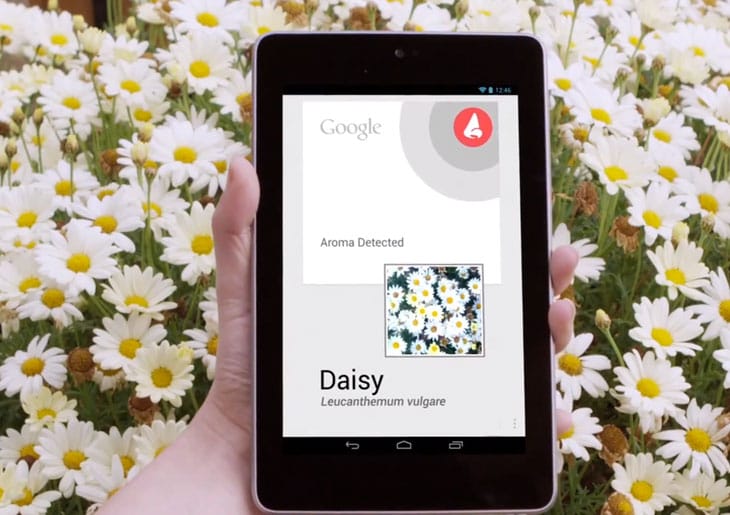