Earlier today we offered you details on the quality of the camera for the upcoming Google Nexus S, which has been co-developed with Samsung. Well, we have news that the second handset to run on Android 2.3 Gingerbread (Nexus One being the first) has now got its official release date. 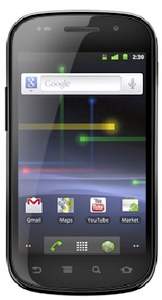 Not only that, but Google has now launched the Nexus S product page, which gives you full spec details and a photo gallery. We can tell you that the Google Samsung S will be ready to purchase on December 16th in the U.S. both online and at certain stores. For those of you in the UK, you will have to wait until December 20th. For more details on this visit Engadget.

So looking at the main specs I can see that the latest handset from Google/Samsung handset will have a 4-inch WVGA display, 5-megapixel camera, 16GB of storage, 512MB of RAM, gyroscope, and much more. A 1GHz Cortex A8-based Hummingbird CPU powers the handset.

Looking back at a recent post we did, we can clearly see that a few of the specs were bang on. However, there are a few that were a little off, but this is something that we have come to expect when waiting for a new device to release. Another piece of information that you might want to know, standby time is 428 hours and talk time is 6 hours. For full specs visit Google.

Are you happy with the specs of the Google Nexus S or disappointed?