Over the past few days we’ve heard of a fair few Nexus Two rumors. Ranging from a new name (Nexus S) to the fact that it will be branded by Samsung instead. In any case, what kind of specs do you think would warrant the Nexus two’s release?

Although the device is unconfirmed and ‘simply not true‘ according to Samsung, a Gizmodo ‘friend’ apparently got some personal time with the handset. A mock-up image of the Nexus two can be seen below. 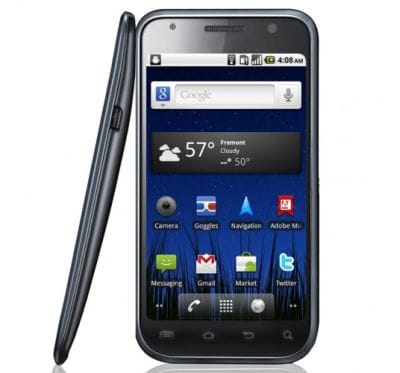 Along with the so-called rumors, specs of the device have also surfaced with notable improvements over the first incarnation of the Google handset. Such improvements consist of a front-facing camera and a 4-inch AMOLED display. Wait a second, this sounds like a Samsung Galaxy S, doesn’t it?

The Nexus Two, if rumors do turn out to be true, would also come with the next generation of Android OS — Gingerbread.

But all this could just be for nothing, as Google CEO Eric Schmidt previously said that there was no plans for a Nexus Two device.

As with any smartphone rumors, there are always conflicting reports, and we prefer to sit on the fence and take each bit of information as truesay until proven otherwise. So regardless of rumors, what specs do you think could spice up the Nexus Two?

Does Wifi n, Bluetooth 2.1, A front facing camera and Gingerbread cut the mustard? What would you include to make the Nexus Two (Nexus S) a superior successor? Remember all those fingerprint problems? Just saying…