When it comes to the Google Nexus 7 vs. Apple iPad mini we don’t know the official specs for the latter device, which is thanks to Apple keeping everything under wraps until tomorrows event when the official iPad mini features will see an announcement. The Nexus 7 tablet is a completely different story, and we don’t have to rely on rumors for the Nexus 7 specs.

Meet the Google Nexus 7 — you can expect a 7-inch 1280×800 display with 216PPI, a 1.2-megapixel front camera, NFC, Quad-core Tegra 3 processor, and 9-10 hours of battery life depending on the tasks you’re doing during that time. The enhancements made with Corning glass are pretty impressive and help a lot with resisting scratches, and the Android 4.1 Jelly Bean update is delivered right out of the box. The image below displays the key Nexus 7 specs, so feel free to take a look if you need a refresh. 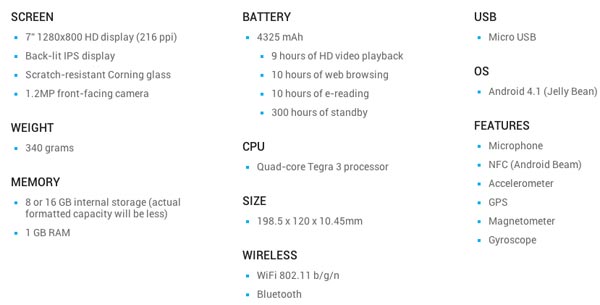 Nexus 7 vs. Apple iPad mini — we’ve included a video below this article that takes a look at Google’s Nexus 7 and compares the known specs with the rumors we’ve been hearing about iPad mini. This might be a strange comparison considering nothing has been announced from Apple just yet, but most people that follow Apple news know there’s a track record for certain rumors to continually repeat and the majority of times they end up being part of the final product.

We know a few things about the iPad mini before the event tomorrow, which is thanks to the repeating rumors from different sources, and of course some very credible sources with insiders confirming the same iPad mini features. It is worth pointing out that not even Apple has confirmed there will be an iPad mini at tomorrow’s event, but the whole world expects it anyway. See the video below and let us know if the creator did a good job of comparing both 7-inch tablets at this stage. 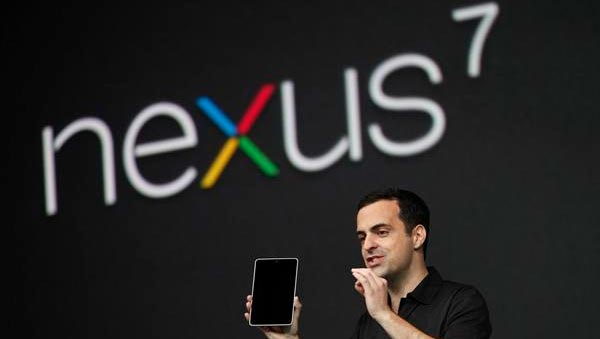 Screen and size – The latest Apple rumors point to the iPad mini being just 7.3mm thick with a 7.85-inch screen, which is thinner than Google’s Nexus 7 but larger thanks to the bigger display. Some potential iPad mini buyers aren’t happy that the new iPad could be so close in screen size to the current model, and would prefer a 7-inch display like many of the Android tablets feature. The iPad mini should include a ratio of 4:3 with a resolution of 1024×768.

Nexus 7 vs. iPad mini price — there has been a number of leaks surrounding the iPad mini price and some conflict with each other, although the consensus right now is that Apple will never make a price near $200 for the smaller iPad, which is thanks to leaked inventory listings and costs being almost that figure. We know the official Nexus 7 starting price is $199, although it looks like the iPad mini could start at a much higher $329, which would mean the iPad mini would not compete on price and Apple would instead be pushing its popular image in a hope that fans ignore the higher price.

We’ve also included a second video below that talks about the possibility of the iPad mini helping to threaten movie theaters, which is thanks to a change in the way we are watching movies on a weekly basis. Take a look at the videos below and then let us know if you’ve already made up your mind, or if you’ll wait until after the iPad mini event before deciding the winner?