Hurricane Sandy may have caused the postponement of Google’s highly anticipated Nexus 4 event in New York, but it didn’t stop the company from announcing their new Nexus devices in a more formal matter. As of now, the LG Nexus 4, new Nexus 10 tablet and revamped Nexus 7 devices are all official products that will be available very soon for consumers.

We all knew that the LG Nexus phone was coming thanks to a collection of leaks that have been in circulation over the past few weeks. It’s always nice to see the devices announced by Google officially though, and we’re pleased to say that there are a lot of positive aspects of the Nexus 4 to share with you.

For starters, it ships with the new version of Android 4.2, which will offer consumers a few new features compared to Android 4.1.1, including some very impressive looking 360 degrees camera technology, which may give Google the edge over Apple when it comes to a panorama contest.

There’s a quad-core 1.5GHz Snapdragon S4 Pro processor on board, which will power a 4.7-inch 1280 x 768 IPS display screen with an 8 megapixel rear camera and 1.3mp front camera also included. One of the most impressive features that we can see is the fact that the Nexus 4 includes support for inductive wireless charging, with an orb accessory available as a separate purchase. 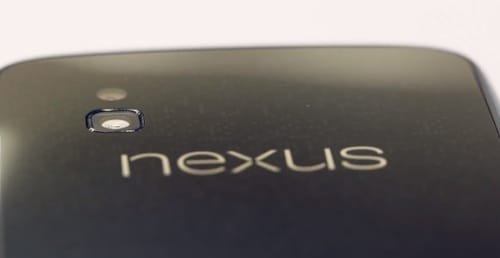 A 2,100 mah battery, 2GB of RAM and NFC round out a very impressive looking device and you’ll be very pleased to hear that prices start at just $299 for an 8GB model, or 16GB for $349. Google is going to be selling this device unlocked and the most disappointing aspect resides in the fact that there’s no support for LTE – only HSPA+ or GSM networks.

Google touts the Nexus 10 tablet as the thinnest tablet available on the market and it’s another device that is going to ship with Android 4.2 out of the box. While LG does the honors for the Nexus 4, Samsung has helped to build the Nexus 10 and it’s going to offer a screen resolution of 2,560 by 1,600 pixels.

As for the Nexus 7, everything remains the same except for the fact that Google has now introduced a 32GB model and dropped the 8GB model in favor of a 16GB version for the same $199 asking price. The Nexus 7 32GB model is going to be $250 as previously rumored, but there’s also going to be a $299 option for those that want HSPA+ data on board as well.

You can read a full recap on specs and price for all three models via Google’s official press release here. We have added a selection of videos that we think you’ll find useful. It seems like a cluster of information all at once, but have you already decided which new device you are getting? Look forward to a Nexus 4 vs iPhone 5 comparison soon.