Google updated its Maps app a couple of days ago, and on the face of it, it seems as though the update has been well received. However, things are not always going to be perfect because users always find something to complain about, and we have been proven right once again.

It would seem that a minority of users have started to moan about the Google Maps font size, as it is too small to read on Android smartphones. One user said that they look forward to the option of Readable Font Size making an appearance once again.

That person is not alone though, as someone else also had something to say on the Google Maps Google Plus page, although they did offer more insight into the problem.

A future Google Maps for Android update would benefit from a makeover, but only the navigation part of the app. If you are driving and your handset is a couple of feet away from you, it can often be challenging to see the instructions, such as when you have to take a turn. The user believes that the UI needs to use bigger fonts, but have you ever thought the same thing? 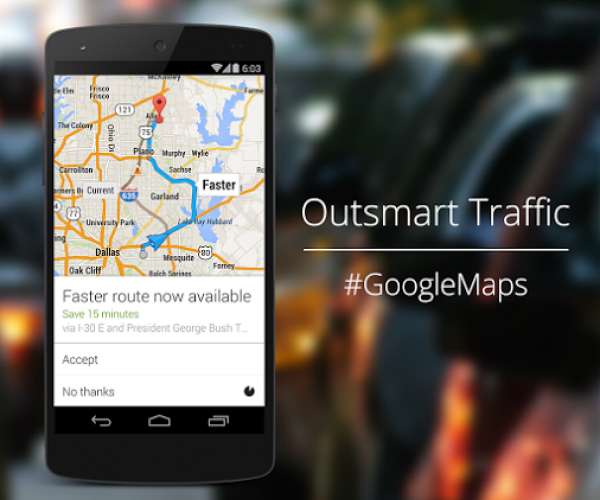 We have asked some of our friends who use Android to comment on this, and they all seem to come to the same conclusion, this is a problem with some of the smaller Android handsets, but not so much if you have an Android device with a larger screen, anything near 5 inches and over seems to be the sweet spot.

While we cannot say for certain if this is something Google will look into with its next Google Maps update for Android, we can tell you that the next version should see a return of Terrain View, which as you know was removed last July.