Several of our readers have been asking if there will be a live stream of the Google Fall Event for today, September 29, 2015. The answer is yes, although it will not be on their events page, but rather Google’s YouTube channel.

Just so you know, the start time for the Google keynote that will unveil one or two Nexus devices will be 10am Pacific Time, or noon in New York and 5PM in the UK. If you are looking for other timezones, then check out the image below.

Like we said above, you can choose to watch the live stream on Google’s YouTube channel, although we do know that some of the big players in the industry will also have a live steam of their own offering early hands on reviews of products such as the rumored Nexus 6P. 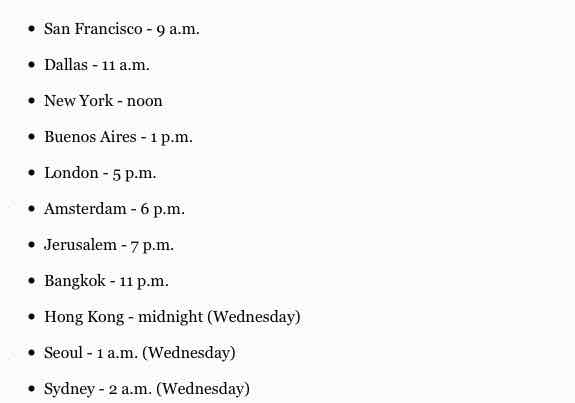 Apart from the Nexus 6P, what else can we except? Google is expected to announce a second handset called the Nexus 5X, and will come with a smaller 5.2-inch display, so still bigger than the iPhone 6S. We could also see Chromecast 2 announced, which is a long time coming. This should offer a new design and revised hardware to make it compete better with rival streaming devices.

However, the biggest launch is to be Android 6.0 Marshmallow. We already know a lot about this updated software, we just hope to learn details on its release date and supported devices.