Facebook has changed the way people connect socially, and while it has bad points the good has outweighed the bad, which is a point of view that is shared by hundreds of millions of people around the world.

Google had to launch a service of its own that would not only feature similar services as a social network, but would also raise the game to be the first real challenge to Facebook. This was done with the launch of Google+ that has only just gone live to the public a few days ago, and reports claim over 10 million more users signed up within 2 days of Google+ being available to all.

There is a long way to go for Google still but so far it looks like they’re making ground on Facebook, and while we’re not sure if Google+ will ever beat Facebook in terms of numbers, this is the best Google has done yet when looking at social features.

Today we have a little update for users of the Google+ iPhone app, and the latest update brings the version to 1.0.4.2326. Current users know that this app gives you the ability of real-life sharing wherever you are, although the average rating of 3 out of 5 stars shows there is a lot of room for improvement.

The new features include the ability to send photos in Messenger; huddle is now Messenger, and you can also join Hangouts directly from the iPhone app. You can read the full features on the iTunes page, where you can also download the 16.1 MB app for free. The latest iPhone update was released on September 23, 2011. 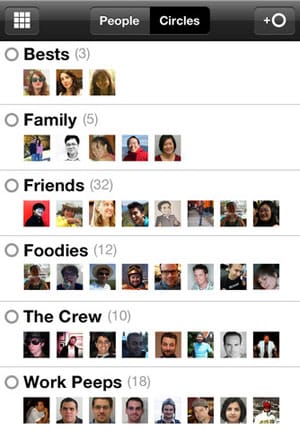 If you have used the latest version, please let us know your thoughts in the comments. Are these improvements enough, and if not then what do you think is missing from the Google+ iPhone app?