If you love Black Friday 2017 deals, it looks like we have an early contender for one of the best deals over the course of the Thanksgiving weekend, with Target planning to sell Google Home Mini speakers for as low as $30!

Google has only just announced the smaller version of their Google Home speaker this year, but Target are wasting no time in trying to get the march on their rivals with some truly impressive deals to get you to splash the cash.

Google currently sells the Home Mini speaker for $49 on their store, but during Black Friday it will only $30. The price even includes a $10 Target Gift Card making it a fantastic deal but also very hard to get hold of we feel. 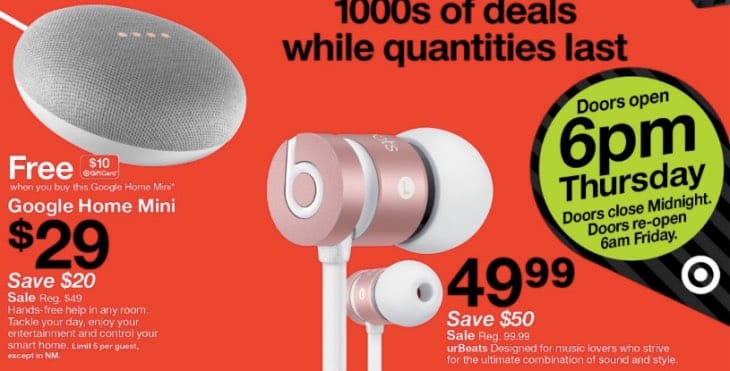 Stock is going to sell out like wildfire so just make sure you are prepared for it. Black Friday 2017 starts at Target stores at 6PM on Thanksgiving Thursday so that is the first opportunity to get the Google Mini Home Speaker for $30.

Are you going to try and get one for yourself? Let us know your thoughts on this deal below and don’t forget to check out all of Target’s other Black Friday deals here.