Yesterday we told you how shocked we was to find that the Google+ app for iPhone would not run on Apple’s iPod Touch, even fourth generation models, well now we can confirm that if you have a jailbroken iPod Touch the app can be installed via Installous.

If you have a jailbroken iPod Touch chances are you have Installous installed (you can find it via Cydia), once you have access to Installous launch the app, tap browse, scroll down the list and you should see a category called “Social Networking” tap this, once the list opens you should see the Google+ app (you may need to scroll down a little) tap on Google+ and then select download, your iPod Touch will now download and install Google+. Note: If you get an “api error” try again by tapping “apps & updates” over and over.

Once the app is installed an icon should appear on your home screen, simply tap this to run the app and then sign in, you now have Google+ installed on your iPod Touch, neat eh? We are hearing no reports of problems with the app running on the 4th-gen iPod Touch, which begs the question: Why is the official app only officially compatible with iPhone 4, iPhone 3GS and iPhone 3G?

Currently we can only confirm that the method above will work on the 4th-gen iPod Touch which is running iOS 4.0, however we have not had a chance to try it out on older models. The general feeling seems to be that if your iPod Touch is running iOS 4.0 the Google+ app for iPhone should run fine, we would love you to confirm this in the comments section at the end of this post.

As we told you yesterday the official apps for iPad and iPod Touch are coming soon, below we have embedded a screenshot, a photo and a video which clearly shows someone’s iPod Touch (4th-gen) running Google+, let us know if you have successfully installed Google+ on your iPod Touch in the comments section below. Did you manage to install it on a 3rd, 2nd or 1st gen iPod Touch?

Thanks to Harlan for sharing this information with us, he is the one who discovered this for you guys! 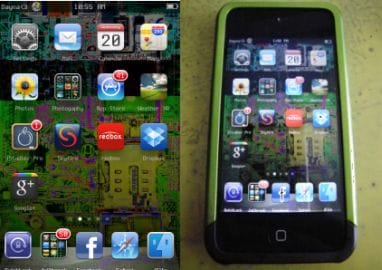