Google has sent out a clear message to Apple with the arrival of Google Duo, a free video calling app which works as a cross platform tool on both Android and iOS.

You can download Google Duo now on the App Store and on Google Play, although some regions are still in the rollout process and may not be available until later on in the day.

This app looks to be a direct competitor to Apple’s FaceTime but unlike FaceTime you can use Google Duo regardless of what device you own. 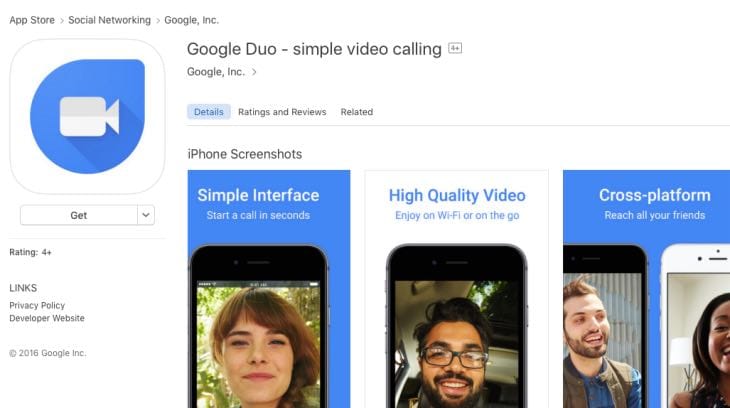 It has a very simple interface, but that’s part of Google’s strategy. It’s just supposed to be an app which brings added convenience to those who were previously unable to video chat with friends and family due to Android and iOS incompatibility.

How will Apple react to this? Let us know if you are downloading it now in your area, or if Google Duo is still unavailable.