We have yet more news from the All Things Digital Event now, and it’s a bit of a bombshell as Google has just unveiled the very first laptop that will run their new Chrome Operating System.

As reported from Engadget, the laptop is called the CR-48 and it will be available to the public via a pilot program, basically a fancy word for a public beta testing.

The CR-48 will feature no branding on it, although branded Chrome OS laptops are due out from Acer and Samsung during Q2 of 2011. However, if you want to get your first taste of Chrome OS on the CR-48, you’ll want to apply for the Chrome OS Pilot Program.

Specs of the device include a 12.1-inch display screen, a full size QWERTY keyboard, a webcam, a clickpad, a built-in Qualcomm Gobi 3G chip for Verizon data Usage in the US, 802.11n dual-band WiFi and Flash storage. The CR-48 will be able to handle an impressive 8 hours of active use, and it can remain on standby for 8 days according to Google.

You may be disappointed to hear that there is no caps lock button on the CR-48 though -as this has been replaced by a search button. Google will be providing details on how to enter the pilot program soon, but we’re hearing that those who manage to get in will receive their CR-48 laptop in January. 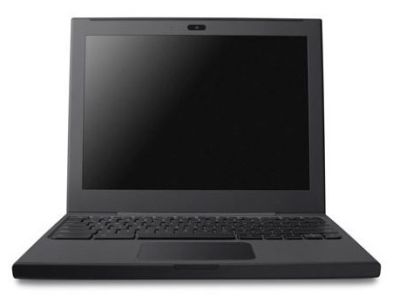 You can check out a gallery of pictures over at Engadget here. What are your thoughts on the device? Do you think the Chrome OS project is too ambitious by Google, or do you see yourself actively using this as a replacement to your current laptop, netbook or tablet?