Imagine how convenient it would be if you were able to print an important document directly from your mobile device to a networked printer. Well now you don’t have to imagine, as Google has just announced the extension of its Cloud Print service to both iOS and Android devices.

As Eric M. Zeman over at phonescoop.com recently reported, owners of a mobile device running Android 2.1 Ã‰clair and Apple iOS 3.0 or later will now be able to print out documents and email attachments directly from Google Docs and Gmail on their mobile browsers, via a networked printer. 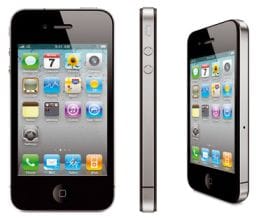 However, in order to register and configure Google’s Cloud Print service, you will need a Windows-based PC. According to Eric Slivka over on the macrumors.com website, users must connect their printer to a PC that’s running Windows 7, XP or Vista and the latest version of Google Chrome.

Google has also promised that support for Mac and Linux computers will be arriving soon. As Eric Slivka notes, Apple is currently working on AirPrint (their own wireless printing technology for iOS devices), which will require the iOS device and the printer to be located on the same wireless network.