The Google Analytics app was last updated in April, and therefore is way out of date. You would like to think that Google is currently working on releasing an update very soon for two reasons. The first is because iOS 9 is now out and so needs to support that new mobile operating system, and more importantly, there is no support for Apple Watch.

You would presume that Google is creating an update that includes Apple Watch integration as it doesn’t work on there now, and many users will see this is a must. 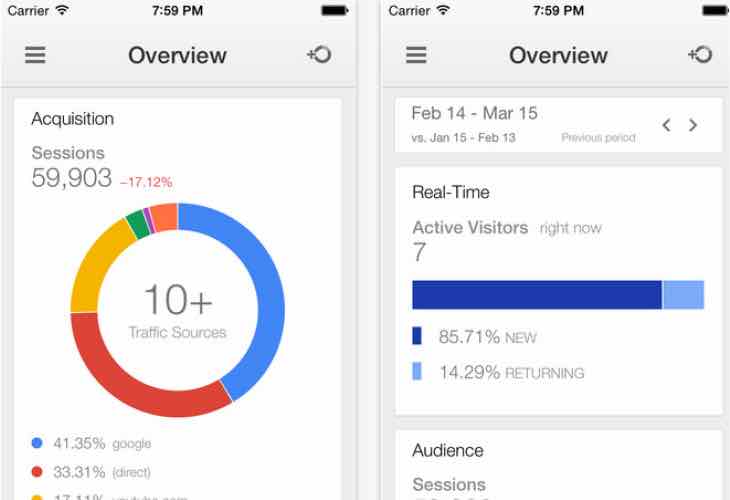 Who knows, maybe there is a Google Analytics September app update, but will not be released until watchOS 2 is available, which should have been yesterday, but had to be delayed due to a last minute bug?

The current version came with several new features, such as the ability to compare date with previous date ranges, you could also configure your favorite views. Google even redesigned the view selector feature and date selector, and several performance and UI improvements were made.

What would you like to see updated? It is clear that there is still a lot that needs be done to this app in order to help it improve, although we are sure the biggest feature users would like to see added is Apple Watch support, but what else needs to be addressed?