As some of you may be aware the classic Nintendo 64 FPS game, Goldeneye 007, has recently seen its remake, Goldeneye 007: Reloaded, for the Xbox 360 and PS3 consoles hit the stores. Last month we brought you a video clip showing off some of the gameplay of the game and also revealed details concerning the multiplayer mode. Now that the game is available the reviews have begun rolling in so we have been kind enough to reiterate some of them for you.

Firstly we have a review from Den of Geek, who argues that the original Nintendo 64 version of the game led the way for the current FPS games we see today. Despite this they seem a little disappointed on the whole, saying the new version of the game is pretty much the same as the Wii remake but with an ‘obvious visual boost.’ However they also say that while Reloaded is enjoyable, the AI is too simplified, it is too easy and offers nothing more than the Wii version. They actually recommend getting the Wii version scoring Reloaded just three stars out of five.

Another review came from Reg Hardware, who also seemed disappointed with Reloaded. Agreeing with Den of Geek that the AI has been simplified too much, describing it as ‘whack-a-mole.’ The only comparison they find worthy enough for the classic version is the multilayer mode, noting the gameplay customizations as being the highlight, despite the limited number of players and map size. Overall they scored the game 70%, recommending it should have been released as a download title, saying it ‘neither stirs nor shakes.’

VidoeGamer describe Reloaded as a decent take on the Wii version. They were also disappointed with the lack presentation with the levels but at the same time found the campaign and the multiplayer mode very entertaining. They scored it 6 out of 10, saying that overall it felt like an HD re-release rather than a game redesigned for today’s consoles.

Have you played Goldeneye 007: Reloaded yet? What did you think? 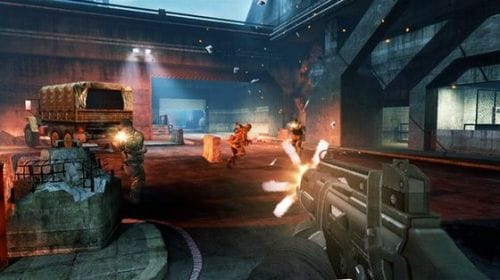