EA has dropped a bombshell for FIFA 15 players this week, right before announcing their FIFA 15 FUT TOTS lineup. We can tell you that TOTW 37 is live and the main highlight is a Golden Boot Ronaldo 97 rated card.

This is amazing stuff for Ultimate Team players, as this card instantly turns into gold dust as one of the rarest cards in the entire game.

Not just for those planning to sell, but on stats alone it is almost as good as Lionel Messi’s old Team of the Year card which has the highest rating in the game of 98. 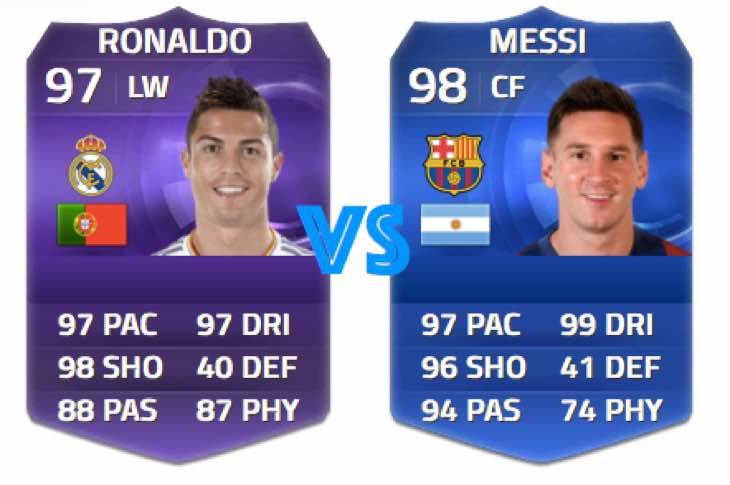 That is crazy when you think about it, considering that we haven’t even had the main TOTS cards yet, or the future Team of the Year cards for 2015/2016.

That means Ronaldo may even get a 98 card by the time FIFA 16 is out, but for now if you have been saving up those coins now is the time to open them.

Our image above gives you a quick heads-up on the main stats for the new Golden Boot Ronaldo FUT card Vs Messi’s TOTY 98. Take a look at that and give us your reaction to the TOTW 37 which is revealed in full below.

Anyone lucky enough to get Ronaldo Golden Boot in a pack yet?