The Godus game released on iOS with massive success this month and those that own an Android device have also been looking to get in on the action. Sadly, the official DeNA Corp version can only be found for iPad, iPhone, and iPod touch users but this hasn’t stopped at least one scam releasing on Google play.

You can see very positive user reviews on iTunes and know this is worth a download by looking at the high ratings for the official Godus game on iOS. The latest 1.2 update is named a “superior version”, so you can count on bug fixes to common problems, evolved powers, and a lot more.

We’ve embedded a video review below on this page that also showcases some gameplay, and this will allow you to understand what the game is all about before downloading. If you’ve played the likes of Age of Empires, then you can count on this type of mobile strategy game being right up your street.

Godus Android app scam – we’d also like to mention to Product Reviews readers that there’s no official Android game yet, so if you do see an app that looks like Godus on Android, then please understand it’s a fake.

We searched “Godus” on Android and noticed a number of tips and strategy guides, but also an app calling itself “Godus 3D game”. The feedback points to a clear fake with just 2 stars and one Google play user stated, “This is an advert app, don’t download it as it’s not the real game for Android”. 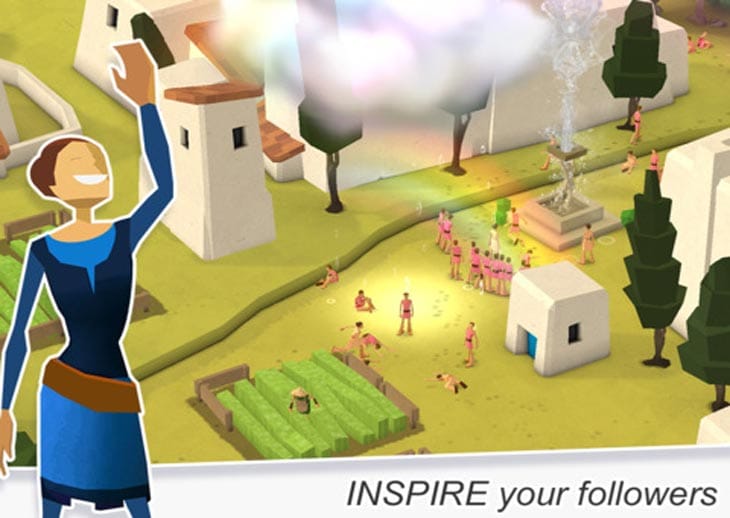 Do you want to play the official Godus game on Android? Some of you will also know the Fable designer that created Godus, and the fact this game is also on Steam thanks to cross-platform development for PC, mobile, and Mac OS. With this in-mind, you can expect an official Android version at some point this year.